A Look At Equal Marriage Rights

Society has always frowned upon the idea of same-sex relationships, and has mostly forbidden same-sex marriages by law. These issues seem to have been talked about a lot in recent times, with a lot of countries finally bursting the bubble and opting to legalize this kind of marriages, bringing them to the same level of a conventional marriage. Is this a good thing or not?There is no conclusive answer to said question yet. People are still divided when it comes to this issues, with some opting to be on the conservative side and opting to not support this new development in the legal system in their countries. On the other hand, some are more open minded and accepting of this fact, with a select few even going out of their way to support homosexual people in their quest to finally obtain equal rights. Some countries do allow people to legally get LGBTI celebrant for same-sex marriage ceremonies. Homosexuality has actually been studied to some extent, both in the modern and ancient world. Conclusive evidence has brought to the light the fact that it is actually a natural occurrence, and in fact not as rare as people would have been thinking. While it is not common to see homosexual people, it is in fact not something you really want to consider as rare. In general, our body secretes hormones that lead us to liking the opposite sex most of time, but it seems that this doesn’t seem to apply to homosexual people, suggesting us that there is more at work inside our minds than we care to think about. 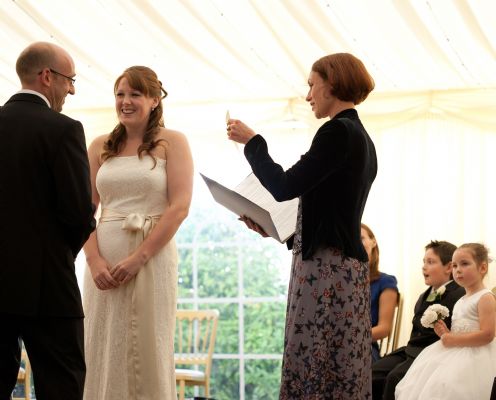 One thing that most people get wrong is thinking that they are above homosexual people due to their preferences, and has always been the main cause for clashes and clamping down on such practices in the past. This is literally a big mistake to commit, especially in the modern world which finally allows us to do what we want and believe in (almost) anything we think is correct. So why do people still follow ancient standards when it comes to categorize homosexual people? Of course, some people do have some legitimate reasons to not support homosexuality. While we can easily forget the issue with obtaining a civil celebrant, some countries have also started to legalize adoption of children by gay couples. This is actually an even more controversial topic to discuss about, as there is a whole lot more in play than just the couple’s willingness to raise children. There is always the question of whether the child will like his or her new environment, and cope with the fact that he doesn’t actually have either a father or mother in the strict sense of the word. Additionally, we still have insufficient data to deduce whether a homosexual couple can raise a child just as well as a conventional family, which means that we really cannot comment much upon it as whole.In conclusion, we have to really say that homosexual people finally need to be looked at and given the rights they have longed for so long. It is a duty of us all as humans to ensure that everybody gets equal and fair treatment, and this is one further step in that direction for all of us. Nevertheless, we also cannot ignore the fact that this will bring up a host of other issues, some of which can be quite difficult to contend with. Again, it is really up to the individual himself to choose whether to support these change or not to do so.